He was not where he belonged, 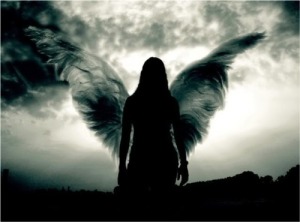 But he couldn’t follow his heart,
His dreams would not come true,
They always fell apart.

He knew he should leave,
As the love had fled long ago,
But he’d lived so long in the dark,
Fearing the light he didn’t know.

He believed in angels and yet,
When she appeared out of thin air,
The timing inspired some debate,
Recognizing not (the answer to) his prayer.

He found peace unparalleled,
Each moment close to her,
Felt solid, familiar and intimate,
All he desired is to surrender.

He knew where he belonged at last,
In his heart he felt no strife,
But he was caught in between,
The devil and the rest of his life.

Who knew a simple glimpse would spark my soul?
I swore God put you in my sights
How could I ignore this statuesque woman with the warm smile and cool sashay?
Among a crowd of thousands, I couldn’t believe my luck when again you passed my way
Grabbing my heart, we talked all night
And just as quickly you fled into the light of day
Not knowing what would become, I knew I was in trouble
I saw your kiss on my lips this morning, beautiful
Dreaming, I felt you before I opened my eyes
I know I said I want to take it slow babe
Seeing you glistening in the rain now, maybe I lied

Author’s Note:  So he said…

Published in the November 2016 Blender of Love Digest.